Coaches, managers and players from BU’s 1978 NCAA Championship team held their 40-year reunion during Saturday’s BU-BC game and were recognized during the second intermission. Sales of Tim Rappleye’s book, Jack Parker’s Wiseguys, a chronicle of the 1977-78 season took place during and after the game. Book signing sessions featured the author, Coach Parker and members of the team. 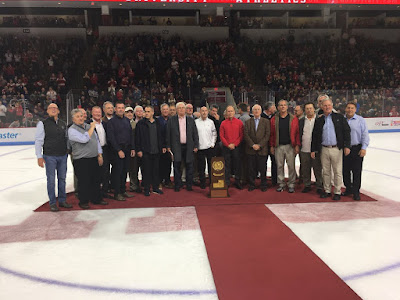 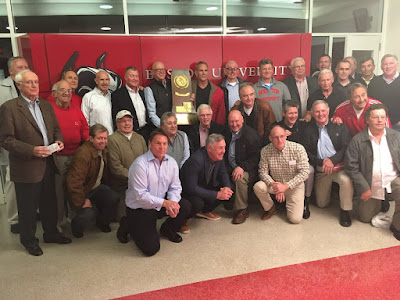 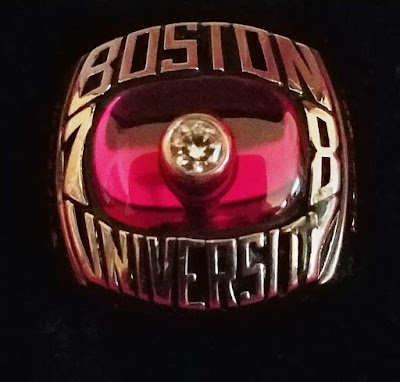 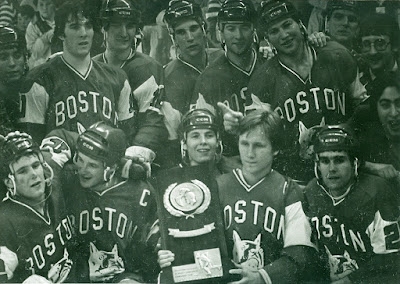 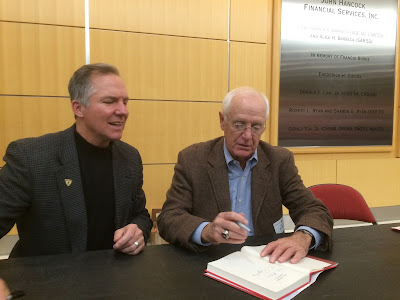 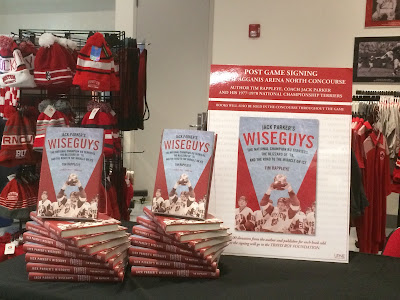 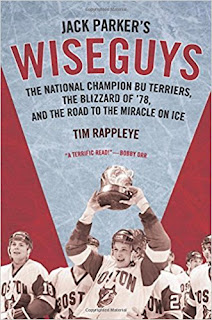 Game’s been over for an hour and there’s still a line for the book signing!